I'm pretty much disappointed with the scans from the Lomoscanner Apps for Android. The Lomoscanner 2.0 may bit a bit of an improvement (an inconsistent one at that) but it's still a let down. However, I don't want the Mobile Phone Film Scanner (the hardware) to be an expensive paper-weight so here's how I made the most out of it. 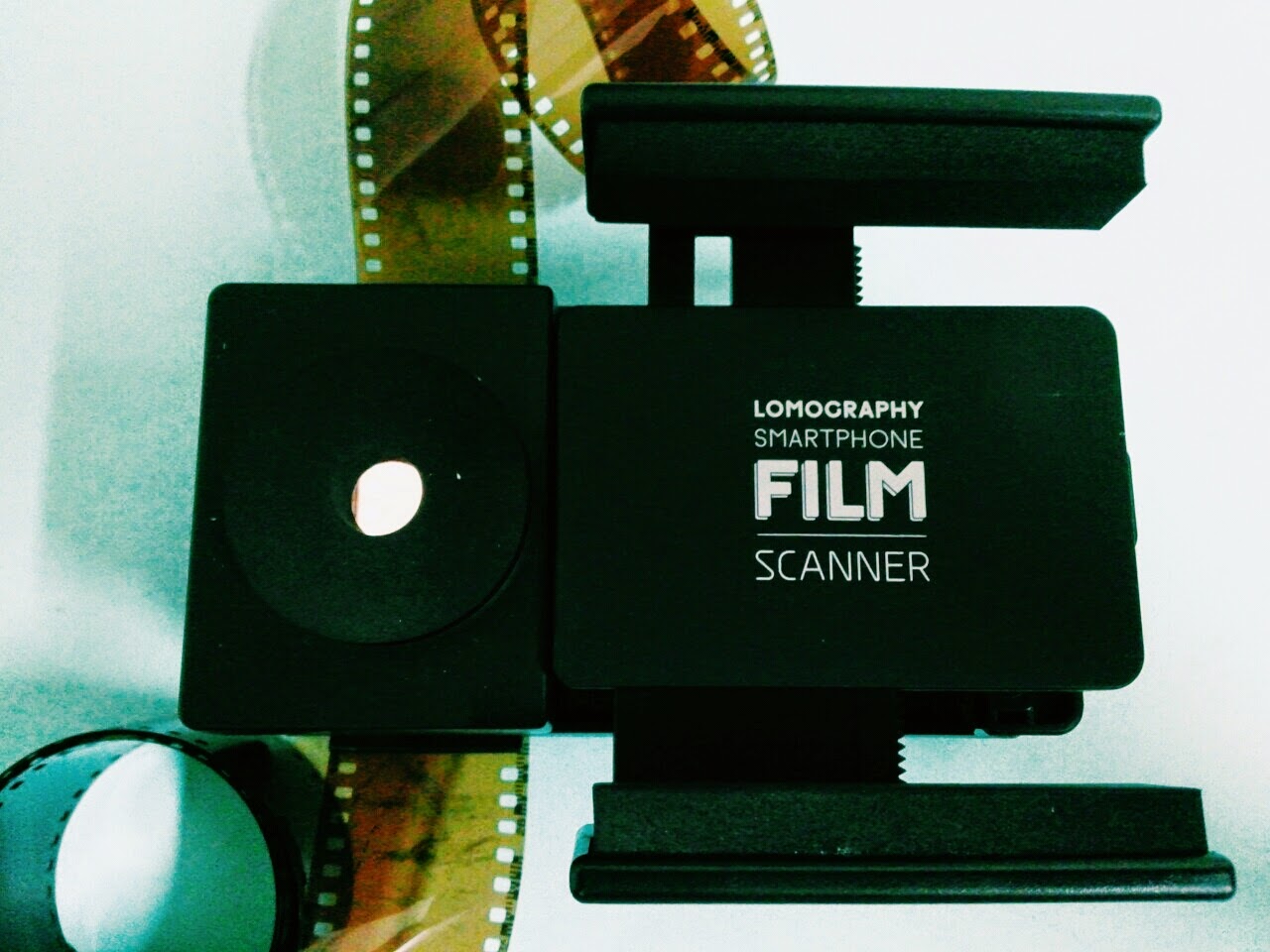 First down load both Lomoscanner Apps (yup the first one and the second version). Trust me, you need both since each one has a great use and a great flaw.

For scanning sprockets or any regular 35mm frame? Use Lomoscanner 2.0

The Lomoscanner 2.0 app for android, still produces a 'blue cast' on scanned negatives, but this is easily corrected adjusting the temperature. Note, there is still a blue cast after temperature correction but it's heaps better than scans from the Lomoscanner 1.0 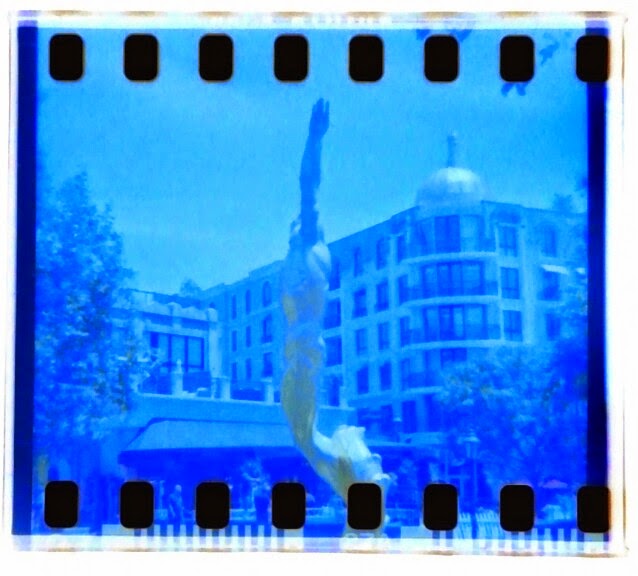 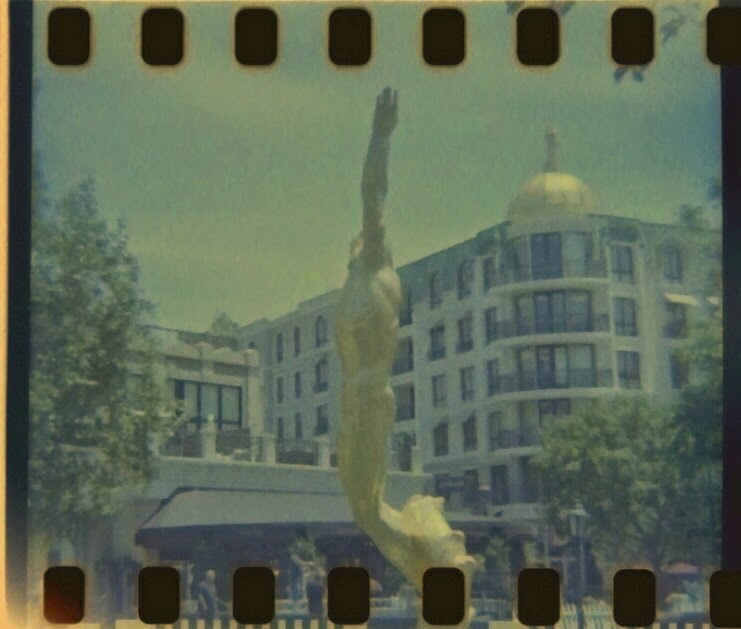 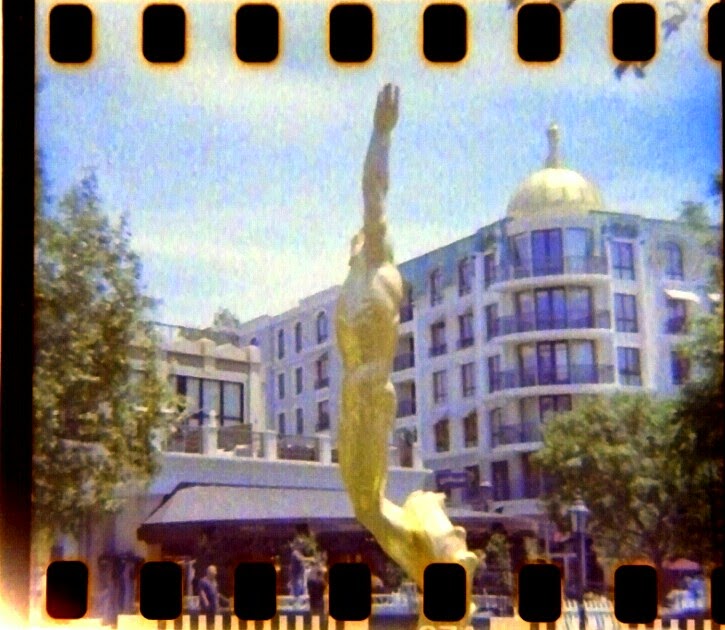 *Helmut seems to be much, much better even if they've never had an update.

Unfortunately it doesn't work all the time. I still ended up with some barely usable blue tinged scans but not as blue as the ones from Lomoscanner 1.0 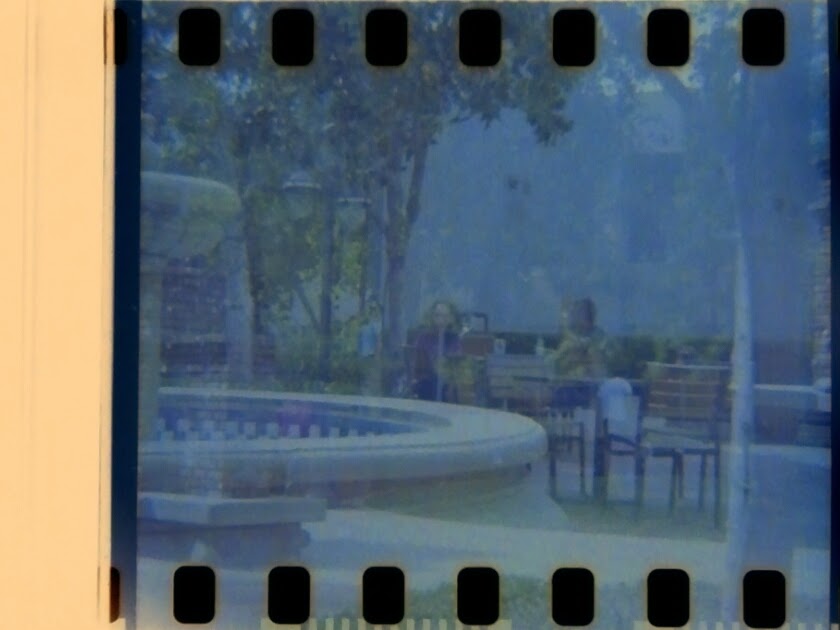 scanned with Lomoscanner 2.0 with color correction 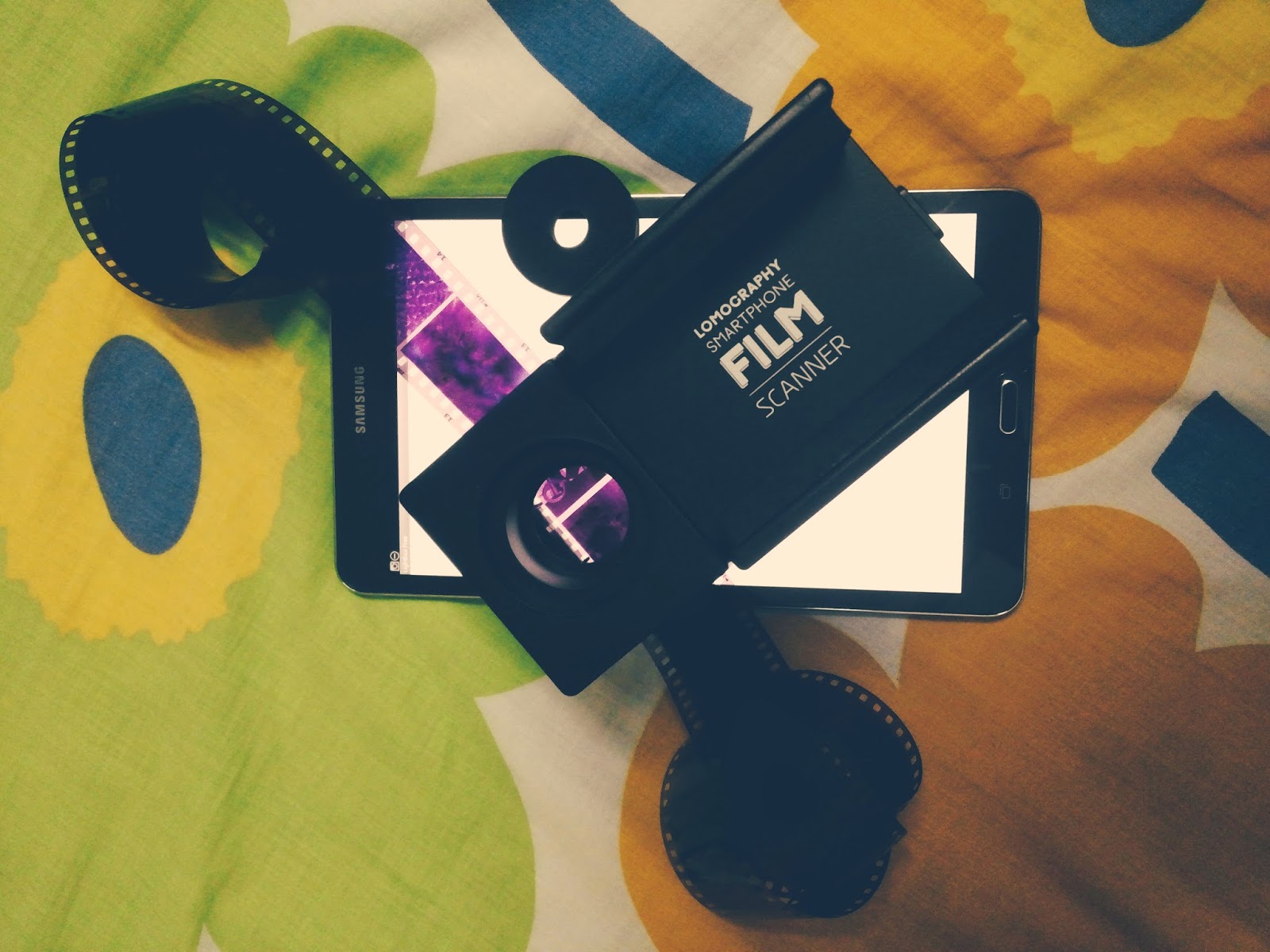 Remove the round thingy...
Use all of the stacks and add some more (used makeshift stacks)...
Use a tablet as a backlight (I used the LightBox app) 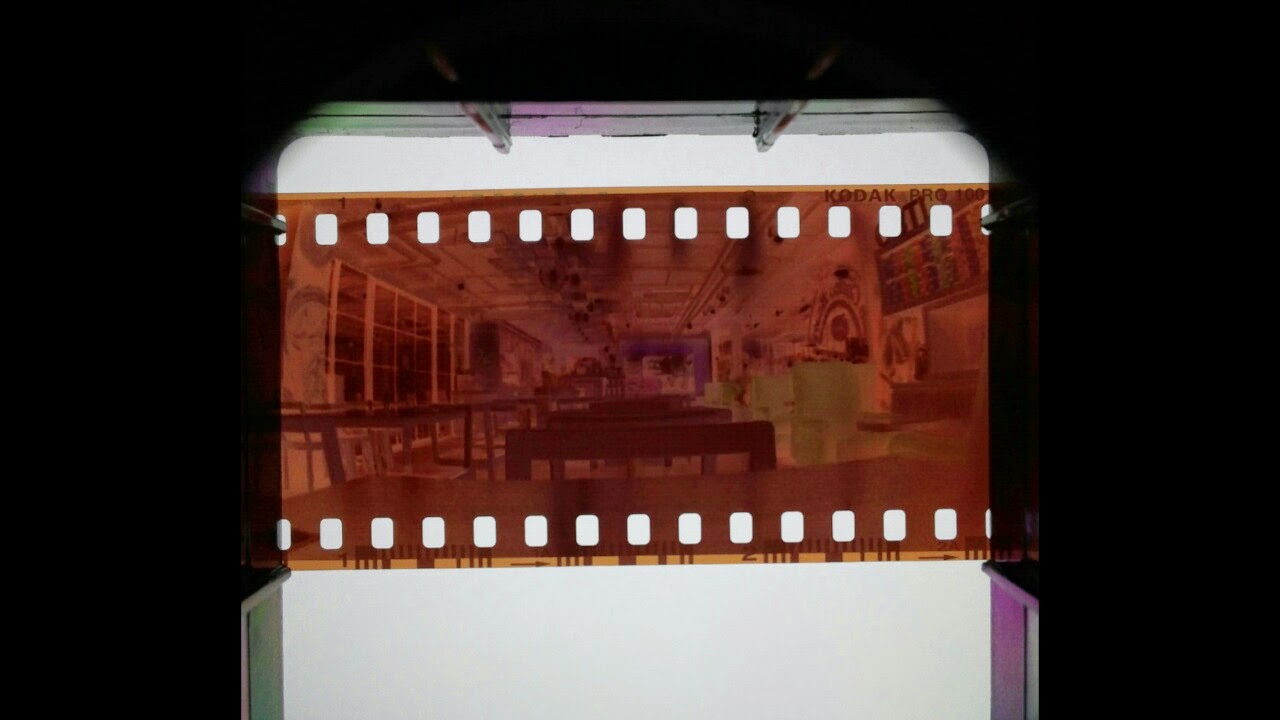 Select film type 'none'
Use Helmut to invert 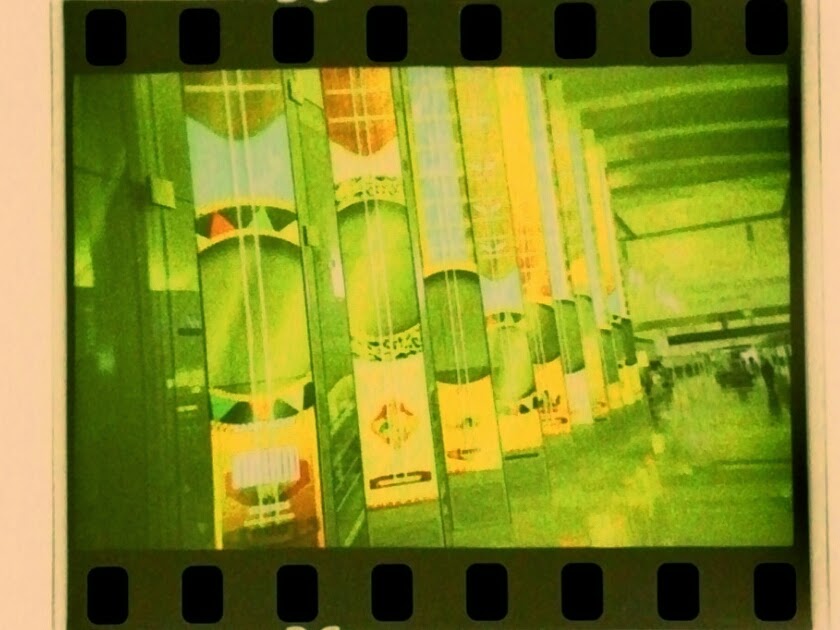 Don't bother, unless you like 'atomic neon green colors' - even with 'tweaking' contrast, temperature or exposure it comes out really bad. Don't even to try to invert the 'scan' using Helmut - you'll get the same awful results.

And that's how I tried to make the most out of a 'promising product on paper but almost bordering on crappy in real life'. It gets the job done but not a good one.

PS
I'm such a big Lomography fan that I'm sad that the Lomoscanner experience didn't turn out so well.
I hope they come up with  Lomoscanner 3.0 really, really, really soon.
This is the only product that I brought from Lomography that I wasn't happy with.
So yes, I'm still gaga over lomo.

PPS
Let me know if you've had a better experience with the Lomoscanner App for Android.

Lomography Smartphone Film Scanner: Get it or Forget it?

Let me start off by saying, nothing beats a film negative scan by a photo lab. However,  there are times when I resort to DIY at home scans, such as when:

1. the photo lab misses a few frames. I don't know why, but maybe it has something to do with the scanning mask they use.
2. non standard sized negatives from cameras such as Sprocketrocket, DianaF+ 35mm back square w/ sprockets and panorama w/sprockets and Diana mini tipster (get around 50 shots on a reg 36 exp roll).
3. save money
4. save time (with some labs you get the negatives after a few hours but if you want the scans, I'll take a week)
5. more control  (adjust exposure, color levels, contrast etc.)


Initially, I was pining for Lomography's smartphone film scanner since it can scan 'everything' (yup, it can even scan 120mm) but the cost is prohibitive (about $80 if I get it from a local authorized seller), so I ended up buying a non-lomography one and I'm glad I did. Then I fell in love with sprockets, unfortunately my trusty non-branded scanner couldn't handle that.

For the uninitiated, Songkran is the Thai New Year. It's a long holiday, so most the cityfolk take advantage of this time to travel outside Bangkok while tourists on the the other hand join in on the festivities by participating in 'water fights'. 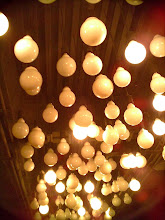